“Should we engineer the mosquito?” – Ronda Hamm @ Cafe Inquiry 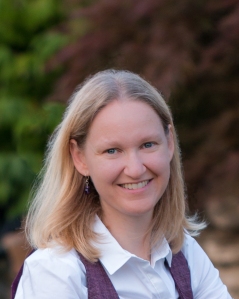 CINSO and the Center for Inquiry of Indiana co-host the monthly lecture series “Cafe Inquiry.”

RSVP here! We’ll be at a number of locations in 2017, so be sure you check the venue!

Get ready to engage your mind, think critically, and apply that thinking to a real-world socio-scientific issue facing the global challenge against mosquitos and disease transmission. There are thousands of species of mosquitoes. Those that vector disease are mainly from only 3 species (Anopheles, Culex, and Aedes). Mosquitoes are vectors of a wide variety of disease including malaria, dengue, West Nile virus, and zika to name a few. According to the World Health Organization (WHO) there are 2.5 billion people at risk of contracting dengue and more than 400,000 deaths from malaria, most under the age of 5 years. We will explore one potential control method- the development and release of engineered mosquitoes.

Ronda Hamm is passionate about providing enriching science and agriculture experiences for everyone. She received her Bachelor of Science degree in Agriculture Education at Fresno State University. She taught at Clovis East and Sierra High Schools before starting her graduate education. She received her Master of Science and Doctorate degrees in Entomology at Cornell University. She is currently a Patent Liaison in the Intellectual Property Department at Dow AgroSciences (www.DowAgro.com) where she works with research and development (R&D) and the Legal Departments. In this role, she works to develop and implement strategies to protect innovations for the future of agriculture.

In 2016, Ronda was awarded the Distinguished Informal Educator Award from the National Science Teachers Association (NSTA) for her work in founding three successful science, technology, engineering, and mathematics (STEM) programs (two while in graduate school and one at Dow AgroSciences) that continue to grow. At Dow AgroSciences she was a founding member of the Science Ambassadors program. This program inspires students to enter agricultural science careers, empowers teachers to bring agricultural sciences into their classrooms, and educates parents or guardians on the importance of the agricultural industry. Growing public awareness about biotechnology and agrochemicals is essential for the agricultural industry’s success as we work to feed a growing world population. In five years more than a half million people have been impacted by the program’s volunteers, numbers that continue to grow. To learn more about the program visit: http://www.dowagro.com/en-us/innovation/science-ambassadors

In her spare time she enjoys traveling, playing with her dog, and photography (mainly wildlife-see https://www.flickr.com/photos/rondahamm).

2 thoughts on ““Should we engineer the mosquito?” – Ronda Hamm @ Cafe Inquiry”